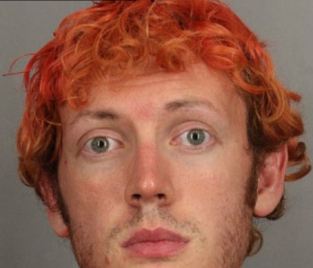 James Holmes spelled out gory details of his planned massacre in a notebook which he mailed to a University of Colorado professor ... more than a week before he opened fire in the Aurora movie theater.
Police and FBI discovered the notebook while searching a mail room on the Aurora campus on Monday ... but it had reportedly been sitting there unopened since July 12 -- EIGHT days before the shootings that killed 12 people and injured 58.
The package was sent from Holmes, and according to a FOXNews.com source ... “Inside the package was a notebook full of details about how he was going to kill people. There were drawings of what he was going to do in it -- drawings and illustrations of the massacre."
The source says the
drawings included gun-wielding stick figures shooting other stick figures.......
The notebook was reportedly addressed to a professor/psychiatrist who treated patients at the campus' psychiatry facility. It's unknown if the professor ever had contact with Holmes.
Earlier this year, Holmes dropped out of the university's neuroscience doctoral program, where he had studied mental health issues.  via: tmz.com

If only they opened that package,things could have maybe turned out different.
Posted by DELLY DELZ at Wednesday, July 25, 2012