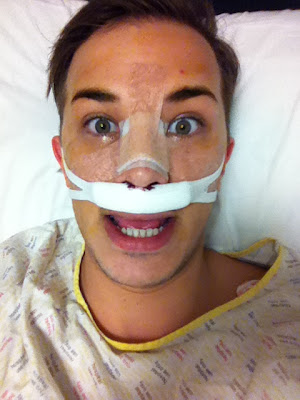 (HealthDay News) — A new study suggests that about one-third of people who want rhinoplasty, also known as a nose job, also have symptoms of body dysmorphic disorder (BDD) — a mental condition in which excessive concern about imagined or minor defects in appearance interferes with daily life.

Based on their findings, researchers in Belgium are suggesting that plastic surgeons should be aware of the prevalence of the disorder among their patients.

"This study shows that the prevalence of BDD symptoms in a cosmetic rhinoplasty population is high and that the severity of symptoms has a clearly negative effect on daily functioning," wrote a team led by Dr. Valerie A. Picavet of University Hospitals Leuven......


For the study, published in the August issue of Plastic and Reconstructive Surgery, researchers surveyed 266 patients seeking a nose job over the course of 16 months.

The investigators found that 33 percent of those questioned had moderate to severe symptoms of BDD.

Among patients who said that they wanted a nose job for the sole purpose of improving their appearance, that number jumped to 43 percent.

In sharp contrast, just 2 percent of people who needed rhinoplasty for strictly medical reasons had moderate to severe BDD symptoms.

Symptoms of BDD are particularly common among people who have had previous plastic surgery or mental health issues, the study authors pointed out. In the study, 20 percent of the patients had had a previous nose job, and they were more likely to have significant BDD symptoms, the researchers said. Symptoms were also more common among those with a history of psychiatric problems.

The Belgian team noted that most patients with serious concerns about their appearance had a nose that would actually be considered normal in size and shape. Those surveyed who showed more severe BDD symptoms also had lower quality of life and more problems in their day-to-day life, including trouble in relationships and low self-esteem.

The researchers concluded that in routinely assessing the motivations and mental health of people seeking aesthetic surgery, plastic surgeons should be particularly aware of extreme preoccupation with appearance.

Via: everydayhealth.com
Posted by Hessie at Thursday, July 28, 2011