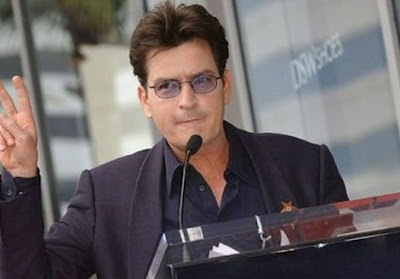 The embattled star has inked a deal for a new sitcom with Lionsgate Television and with a bidding war underway he is set to make more money than ever. Hit the jump to read the rest of the story.....


He may be minus his two Goddesses now but Charlie Sheen has proved that he is still winning!
The embattled star has inked a deal for a new sitcom with Lionsgate Television and with a bidding war underway he is set to make more money than ever, RadarOnline.com can exclusively reveal.
“Charlie has inked a deal with Lionsgate Television to create and star in a new sitcom,” an insider tells RadarOnline. “Charlie’s character will be very similar to the one he played on Two And a Half Men, however the show will be a lot racier.
“Networks and cable are bidding on the show right now, with TBS being the front runner. TBS recently expanded their comedy division with the acquisition of The Conan O’Brien Show after his fall out with NBC. Plus cable makes more sense because it offers more creative freedom,” our insider explains. “In other words the show can be raunchier and more outrageous, which is perfect for Charlie!
“Lionsgate Television will produce the show. They have committed to ten episodes up front with the option to pick-up and produce 90 more episodes if the ratings prove to be successful. This means the sitcom could be on TV for 8 years, which is a long time! It also means that Charlie will make more money than ever before!”
According to our insider Charlie won’t be getting paid the $2 million per episode that he received on Two and Half Men, but he will have a higher back-end deal, which means in the long run he could make much more than he did on the CBS show.
“Charlie will make less upfront which is a plus for Lionsgate…this way Lionsgate is less at risk of losing money should the show flop or should Charlie have some sort of meltdown.
“It’s still a risk but the risk is worth it because so many people are interested in Charlie and his wacky life…they are bound to watch the show,” our insider says.
Lionsgate has built a strong television presence in production of prime time cable and broadcast network series including Mad Men, Weeds, Nurse Jackie, Blue Mountain State and Tyler Perry’s House Of Payne.
E!
Posted by DELLY DELZ at Tuesday, June 28, 2011